Recently, the “Founding Conference and the First Council of “China Mobile’s Alliance of 5G New Smart Cities” was held in Beijing. Initiated by China Mobile System Integration Co., Ltd. (hereinafter referred to as “CMSI”) jointly with AsiaInfo, CMIOT, Huawei, Inspur, Gosuncn and Lianren Digital Health, China Mobile’s Alliance of 5G New Smart Cities (hereinafter referred to as the “Alliance”) was formally established. AsiaInfo was elected as the council member of the Alliance, and Liang Bin, Senior Vice President, attended the establishment and opening ceremony of the Alliance. 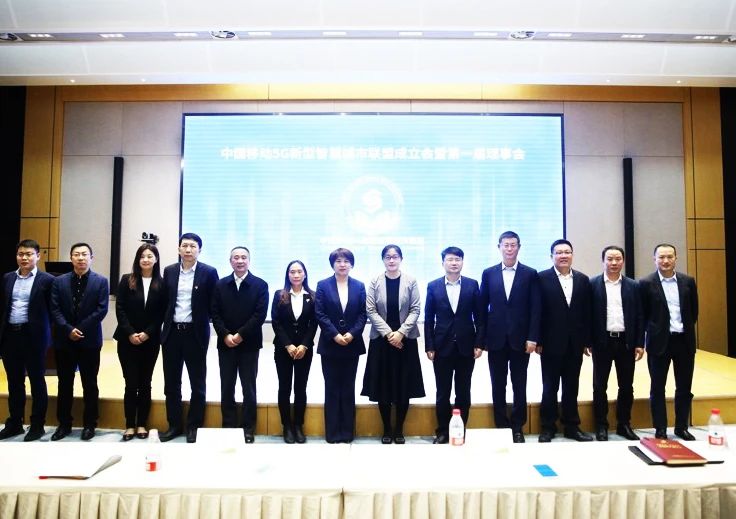 After more than ten years of exploration in China, “smart cities” are changing from the era “emphasizing infrastructure and ignoring business applications”, “emphasizing system construction, ignoring scene operation”, “strong in vertical industries and weak in horizontal communication, without interconnecting data”, and “prioritizing big cities” to the era moving towards “application-oriented”, “scenario operation”, “strong in vertical and horizontal communication”, “smart society, balancing urban and rural development, and integrated development” and other directions, which will create a new situation for the new smart cities. Driven by the “new infrastructure” and the “digital transformation” of various industries, the smart city construction in China is expected to accelerate.

In the field of smart cities, AsiaInfo will adhere to the concept of openness and cooperation, and “depict cities, perceive cities, create twin cities, and operate cities” by virtue of its long-term “operation” capabilities formed by its own “carrier-grade” products, services, operations and integration capabilities, so as to grow together with cities and become a “new smart city operator” in the 5G era.